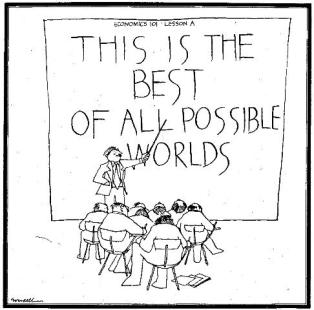 “The country that is more developed industrially only shows, to the less developed, the image of its own future.”
— Karl Marx, (Capital, Kerr ed. P. 13)

“The West won the world not by the superiority of its ideas or values or religion but rather by its superiority in applying organized violence. Westerners often forget this fact, non-Westerners never do.”
— Samuel P. Huntington

In his decidedly Eurocentric, teleological and linear trajectory of development, Karl Marx famously wrote that the industrially advanced countries only show the less developed nations “the image of their own future.” Marx was one of the first modern thinkers to enunciate a theory that geographic space equalled developmental time, a premise essentially shared by later, though ideologically different, modernist developmental models such as W.W. Rostow’s Stages of Development.

In these epistemologies, the fate of industrialising societies is essentially to follow that of the first industrialisiers, presupposing a singular model of development.

Yet our current condition again seems to be inverting much of that thinking. When Cuba is more peak oil-, hurricane- and disaster relief- ready than more affluent countries and is training doctors and health workers, even from the west, when the southern Indian state of Kerala has better social indicators than the US without the first world income, when many countries in the so-called “third world” seem to be better equipped to deal with the possible ‘power-down‘ scenarios that might eventuate as the cheap and readily available fossil fuel supply that underpins our affluence dwindles, one has to wonder who is the more “developed” and who is looking to who as the image of their future.

What has been an especially refreshing and encouraging aspect of genuinely grassroots global civil society for me has been the increased capacity and incidence for respect and mutual understanding between cultures and societies. The innovation and optimism in many of the materially less affluent countries is a great human resource — everything from microcredit to medicine (thanks to the Chinese for acupuncture, for example, and thanks to the Arabs for the surgical instruments in use to this day) to mass transit systems to living more sustainably on this good earth, serves as an exemplar to many of us.

It is refreshing to encounter people who accord other cultures with the dignity and respect they deserve, who seek to learn and foster understanding, to build bridges rather than walls. Those who persist in subscribing to a manichean and ideological bifurcation of the world into free and “backward” or “barbarous” altogether miss this reality, and these and the weasel word ‘terror‘ are subjective terms employed ideologically to this day. The myth of greater psychocultural maturity in the more industrialised parts of the world is starkly visible against the current stable of belligerent neocon ideologues in the Bush administration intent upon perpetual war. Their pathetic yet dangerous and persistent need to manufacture threats, fear and enemies to keep their war (profiteering) agenda for the brand Global War on Terror™ alive is what should be consigned to an anachronism.

Lest we forget too that the use of unimaginable violence has been central to hegemons, the ones that attach to themselves grandiose labels such as “civilised and free”. War is the biggest terrorism and the war on (of) terror becomes a self-fulfilling policy. The genocidal sanctions against Iraq over more than a decade between invasions that saw more than a million children die and 5000 Iraqis per month perish; the appalling looting of priceless treasures of humanity stolen by American foreigners upon invasion from Iraqi museums, despoiled and lost, are most shameful and despicable episodes. There were no suicide bombers in Iraq before 2003 either. Gandhi was once asked what he thought of western civilisation. He cleverly replied that he thought it would be a good idea.

It is the same superiority mindset that has justified colonialism and slavery, from defining a slave as three-fifths of a person to calling them beasts (hypocritically applying double standards as measured against the militarism and terrorism of western governments), or as Mark Curtis has memorably described, deeming them ‘Unpeople’. Even Francis Fukuyama has dramatically revised his end of history thesis, with its hollow triumphalism that somehow declared that the west, represented by liberal democracy, had ‘won’. Is society a contest? Not for those who value cooperation and mutual coexistence on spaceship Earth.

The task of much critical social science has been to endeavour to keep what is best in the Enlightenment tradition, and cast off its often oppressive univocality. John Berger in his book Ways of Seeing wrote: “Never again will a single story be told as though it is the only one.” This project is hopefully already facilitating a greater ‘pluriverse’ of inclusive, participatory possibilities, and enacting an individualism that is less of the manipulative detached observer and that is more in line with being a consciously participating, conncted, purposive, reality-producing actor with the creative agency to enision and enact a better way of being.