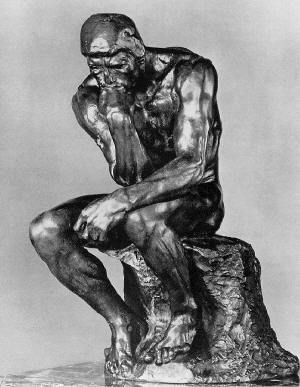 It’s time for us as a species to stop playing stupid and realize that undertruthing each religion is the same code for successful behavior, whether you call it the law of karma or the Golden Rule: Treat others as you wish to be treated yourself. Interestingly, that prescription is now being confirmed by quantum physics and cellular biology.

Quantum physics tells us that everything is related, that what we perceive as cause and effect is really a network of relationships. However, we still seem to be stuck in “Newtonian politics,” where we respond to all problems with an equal and opposite reaction. We’re still operating in a “force-based” world view, instead of the relationship-based one that is operating on a more fundamental level.

Meanwhile, if we look at the 50 trillion cell community under our skin we find that every participating cell is supported with universal health care and full employment. There’s truly no cell left behind. “Currency,” in the form of ATP, flows first and foremost to those cells doing the most important job for the whole system. So while no working cell has to worry about where its next shipment of ATP is coming from, the dispersal of energy is based on whole-system thinking. Each organ has a job, and the organs tend not to fight with each other or withhold information out of fear or spite. Rarely if ever do you see the liver invading the pancreas to claim the Islets of Langerhans as its own.

The point being … our human body is a cooperative network of cells with a worthy purpose — to create “thrival” in the whole system, and benefit from that thrival themselves. When bliss courses through the body, every cell feels it. The other point being that we have now reached a population and activity threshold on this planet where in order to thrive (or even survive), we need to evolve to a more efficient level of organization. Understanding that each of us is a sentient, conscious “cell” in humanity and the body of the organism called “earth,” is the gateway to creating a new relationship with each other and our world.

It seems to me that America’s Founding Fathers have been misinterpreted both by the religionists and the atheists. The religionists have insisted that America was founded as a “Christian nation,” and the expression of that Christianity has to look a certain way. The atheists or humanists have focused on “separation of church and state” to mean that religious expression has no place in public life. Having recently read extensively about the spiritual views of Franklin, Jefferson and Washington in particular, what they really meant to establish as a foundation was the essence at the foundation of all religious expression. We can call this “the Golden Rule” and / or “the belief in Good.”

So … to get back to our foundation, the foundation for preemptive peace strike are these three principles:

1. We’re all in this together.
2. Treat others as you wish to be treated.
3. Good exists, and we are here to express that good every day.

We may modify those, but that’s the spiritual foundation for what we are doing. As far as I know, there is no existing political movement that has adopted that kind of universal spiritual stand without being attached to some religion or a specific form of religious expression. Thus, we encompass the belief in God, and the belief in Good.

The other thing is, we must broadcast a positive, proactive, connecting message from this strong foundation. That foundation is what — when the fear and manipulation is removed — we all have in common. It’s the foundation the manipulators have tried to keep us away from by reinforcing our differences. We must constantly reaffirm our connections, even as we expose inconvenient truths.

In our communications, let’s replace “my fear” with “my concern.” Fear is fuel for the dominator. Concern is clear-sighted awareness, unpolluted by the incoherence caused by fearful reaction. We want to build our preemptive peace movement on the foundation of love, not fear. We are putting forth this call, this message, this movement because we love life, we love the world, we love other humans — not because we fear the consequences of war. This is an important distinction. We may feel fear — that’s normal — but to magnetize the imagination of the world, we must come from love. This is probably the most important contextual shift we can make in ourselves and encourage in others.

Interestingly, there is a powerful scientific foundation for Jesus’s prescription to “love thine enemy.” Dr. Leonard Laskow — who I met and interviewed last month up in Ashland — is the author of a book called “Healing With Love.” He’s an obstetrician and surgeon who had an epiphany years ago, and turned from his allopathic practice to psychiatry and hands on healing. One of the experiments he did “after hours” at Stanford involved cancer cells. He found that when he beamed love and acceptance of their right to exist, these cancer cells shrunk in size and influence. He didn’t ask them to stop existing, just to not grow, and they complied. (I will have more to say about his work in my book with Bruce Lipton and in future Notes) This brings up a curious question: If you can “negotiate” with cancer cells through love and respect, what are the implications for terrorists or other “sociopathogens?”

One final thought about evolution. It is not a “top down” process of force, but rather a bottom up process of “emergence.” We individuals are the key participants in this next stage of human and planetary evolution. This is one chance right now to create breakthrough and move love and functionality forward.