Another dispatch of humorous truths from political humorist Steve Bhaerman, aka Swami Beyondananda, who starts by asking why CNN International and CNN America are so different. 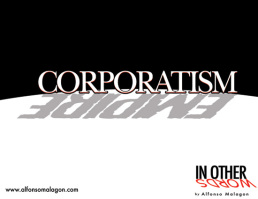 The Tower of Babble

Having spent two weeks in Europe now with four more weeks to go, I see many contrasts between here and the U.S.A. As we flew into Frankfurt, then Paris and then Vienna we saw green fields and thick forests right up to the outskirts of the city. On a bus ride through Slovenia on the way from Croatia to Italy, we saw vast expanses of land not “for” anything, but just “there.”

In Vienna, everyone takes public transit, not just the poor folks with no alternative. As one our new friends told us, “I have the luxury of not owning an automobile.” There seems to be little of the age segregation that we find in the States. Old people hobble along through the streets where they might well have spent their youth. In Venice, even dogs have a particular European “attitude.” On leashes or walking free, they make their way through the narrow streets going about their business, unmindful of the crowds and seeming to crave no attention.

But perhaps the biggest contrast — and the one most relevant to the challenges we face in America — is the news. CNN Worldwide and CNN America broadcast two different stories. While America is fed “babblum” about the latest narcissistic misadventures of Paris Hilton, the same CNN shows Europeans the demonstrations at the G8 meetings. While the U.S. media prattles about which of the Presidential candidates is doing a better job manipulating public opinion, CNN World is doing features about peak oil and climate change. The American media shows talking heads rationalizing the latest surge in Iraq. CNN World shows dead Iraqi civilians.

First question: Are you outraged by this? Second question: If not, why not?

My sad conclusion is this: The one major difference between Soviet Russia and America today is Russian citizens knew Pravda was lying to them. The free press our Founding Fathers fought for as necessary for an informed citizenry has been replaced with a Tower of Babble. Here is a riddle: What is it that is everywhere all around us, and yet cannot be spoken? The answer? Bull—-. I write it that way because some servers will block any email that contains that word. Now if that isn’t bull—, I don’t know what is. We are swimming in it, no we are drowning in it, and the word cannot be uttered. A few years ago, when the TV series NYPD Blue was nearing its end, they were allowed one “bull—” per episode. I enjoyed watching the show each week, curious how they would spend their thin ration.

So maybe our first step in our march to political adulthood is to “legalize” the word bull—-. No problem can be solved without naming it, so we must first be able to name it so we can acknowledge we are being buried alive in it. The second step towards liberation is to understand why these weapons of mass distraction are being used against us.

The reason the Tower of Babble is broadcasting 24/7 is the same reason the Roman Empire in its decline offered “bread and circus,” and more of the latter than the former. Americans need to be distracted from the looting and pillaging of our commonwealth — and indeed the world’s common wealth — while the looters and pillagers enjoy a few more years of high living before the whole thing goes down the toilet. Unless …

Unless we bring down the Towers of Babble and proclaim the American Evolution, where we the people begin to have heart-to-heart conversations across the “red-blue divide” and come front and center to face the reality: The “American Empire” is un-American. The vast majority of us don’t benefit from the wealth extracted by the multinational economy. Judging by the growing gap between rich and poor in this country and the disappearing middle class, America has been re-colonized by a new self-proclaimed “King George” who represents the modern incarnation of the British East India Company.

As a first step in awakening and reeducation, I recommend a book and an article. The book is David Korten’s latest, The Great Turning: From Empire to Earth Community. David spoke at the recent Praxis Peace Conference in Dubrovnik, and in fact a transcript of his presentation is available for downloading here. The other is an article in the June issue of Vanity Fair comparing the decline of Rome to the current state of America. Read it.

The truth shall upset you free.

As with the Biblical Tower of Babel, the Babble is keeping the American people from finding a common language. Very rarely will the media offer a thoughtful discussion seeking common ground. Instead, there is ranting and raving, fear-mongering and intentional misunderstanding. For it would be dangerous indeed for the progressive left and the libertarian right to compare notes and find they are tossing harpoons at the same leviathan from two different directions.

The other word that cannot be uttered is “empire.” Watch the Democrats dance around the truth that we’re not in Iraq to keep the peace, we’re there to keep the pieces. Notice that MoveOn consistently blinds itself and its constituency to the context that weaves all the individual progressive issues together: Our government is owned by an oligarchy that serves itself, and not the people. For the most part, the Democrats are owned by the same oligarchy. They just put a kinder face on it. Or, if you will, the Democrats play enabler to the Republican abusers.

Like the classic Peanuts recurring nightmare of Lucy pulling away the football each time Charlie Brown tries to kick it — in spite of her insistence that she would never do such a thing — the Democrats if victorious will once again send the body politic sprawling on its ass. Unless …

Unless we the people mark the B.S. “return to sender” and let the media know “we’re not buying it.” Whether it involves mailing copies of publications that publish less truthful issues here than they do elsewhere back to the source, or unplugging from TV, or inundating CNN and other networks with mass protest … nothing will change unless the voice of the people drowns out the lies emanating from the Tower of Babble.

At the same time we express in no uncertain terms what we don’t want, we must articulate even louder and clearer what we do want. Perhaps the passing of Jerry Falwell earlier this year signals the end of “morality” being used as a weapon for hatred, misunderstanding … and empire. Perhaps now is the time for a New Moral Majority to proclaim principles more in keeping with the spirit and word of Jesus Christ: “We’re all in this together.”

Consider that what we humans do collectively would never be tolerated if done by an individual. It’s as if the Ten Commandments were modified while we weren’t looking: Thou shalt not kill unless done in extremely large groups. Why is that? It seems to me that the Tower of Babble has been used to separate us from the principles that 90% of us hold in common by distracting us with the 10% that keeps us apart.

Were Zogby or some other polling agency to ask the leading question, “Is it appropriate for money to be the final arbiter in America’s public decisions?” probably 90% to 95% of Americans would say “of course not.” And yet, that is what we have. The rule of gold overrules the Golden Rule every time. What if we had the understanding that a vast, vast majority of us want the same thing? What if a critical mass of us broke down the silly cultural divides that keep us divided and conquered, and began to create the foundation of a real “Moral Majority?”

There are those who have already declared the real American dream dead. We are, they sigh, inexorably on the road to neofeudalism disguised as Big Brother totalitarianism. Or, they see the ecologic and economic crashes coming and are already buying real estate in the next world. Or, like many progressives they hope for peace but fear their cause is hopeless.

As I am learning in writing the Spontaneous Evolution book with Bruce Lipton, new and functional structures cannot be imposed from the top down, but can only emerge from the bottom up. Like the single cell organisms bumping up against their single-cellhood billions of years ago, we humans now are at the limits of of selfish individualism. It’s not that “every cell for itself” is “bad.” It’s just no longer workable. The new self-interest must consider what the Buddhists already know, that the self-interest of the self and the self-interest of the whole are one and the same. Individual survival is a futile goal if the species doesn’t make it.

The word “religion” comes from the Latin, “re-ligare” — to bind together and reconnect. When you look beneath the “dogma-doo” that has obscured this original meaning, religion is meant to connect us with our community, with our world and with our cosmos. The Tower of Babble has been keeping us from finding this common cause and common connection.

Another word for this common binding connection is love. “Love,” says Dr. Leonard Laskow in his book Healing With Love, “is the impulse toward unity, nonseparation, wholeness. While love can take many forms, its essence is relatedness.” The opposite of love, Laskow believes, isn’t “hate” but separation.

In the Einsteinian universe where everything is connected, love is the “glue” that holds things together. Says Laskow, “Love is a universal pattern of resonant energy.” In this sense, two or more tuning forks vibrating together are “in love” with each other, just as two or more humans can resonate in a palpable field of connectedness, joy and even ecstasy. Love, he says, “is the universal harmonic.”

The Tower of Babble creates separation by keeping us in our heads — in the divisive world of B.S. (short for “belief systems”). Love is the resonant field that reverberates in our hearts, regardless of what beliefs seem to separate us. That is the secret that will set us free, the secret the powers that be in power don’t want us to discover.

The change — if there is change — cannot come from above. It can only come from individual “cells” choosing to listen lovingly to one another, even if they disagree. Only by resonating with and reinforcing the common harmonic of the heart can we liberate ourselves from our exile in Babble On.

2 comments on “Exile from Babbel-on”