By now you will know of the depth of my appreciation for political cartoonists and artists: David Baldinger, Andy Singer, Khalil Bendib and other luminaries who say it all so skilfully and superbly with a picture or a cartoon. Though I have featured his cartoons here before and he is well known here in Australia (nominated as a National Living Treasure, in fact!), it has been my pleasure to have introduced the hand of Michael Leunig to some of you.

Leunig’s cartoons are often wry, gently humorous and whimsical commentaries on life; his more overtly political cartoons have also struck a chord and landed him in trouble (see below ‘On Israel’). His ardent peace and anti-war stance has often put him in the line of fire with critics, though his integrity to his principles has won him fans anew.

As well as being a cartoonist, poet and artist, Leunig also pens the occasional article (selection below).

I feature a selection of his cartoons here. For now, I’ll refrain from writing anything other than this short preamble and let his cartoons speak for themselves. For those interested, his biography can be found here at his website. 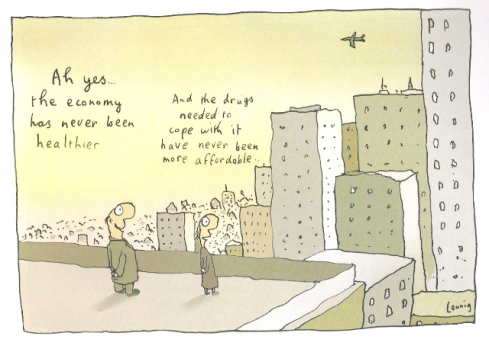 On the Australian-American Relationship 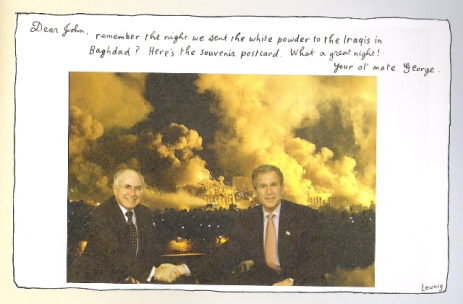 On Iraq: a parallel to the present situation