An interesting look at the militarisation of the US economy from Nick Turse. While the US has long been a permanent war economy, the consumer dimension of the corporate overlap has not–until recently–been highlighted. Pepsi, Apple, Krispy Kreme and other consumer firms profit from Iraq too.

Last month, a review of 2006 congressional financial disclosure statements by the nonpartisan Center for Responsive Politics found that lawmakers have as much as $196 million “invested in companies doing business with the Defense Department, earning millions since the start of the Iraq war.” An Associated Press article on the report, however, offered a caveat: “Not all the companies invested in by lawmakers are typical defense contractors. Corporations such as PepsiCo, IBM, Microsoft and Johnson & Johnson have at one point received defense-related contracts.”

But the Associated Press is wrong. The fact is that corporations such as PepsiCo, IBM, Microsoft and Johnson & Johnson are, indeed, typical defense contractors. To suggest that such firms, and tens of thousands like them, only receive defense-related contracts at the odd, aberrant moment is specious at best.

In 1961, Dwight D. Eisenhower, in his famous farewell address as president, warned of the “acquisition of unwarranted influence” by what he called the “military-industrial complex” in the United States. Today, however, the “large arms industry” of Eisenhower’s day is only part of a complex equation. Civilian firms such as PepsiCo and IBM form the backbone of what more accurately can be described as a “military-corporate complex.” These businesses allow the Pentagon to function, to make war and to carry out foreign occupations.

For example, in 2006 (the last year for which official figures are available), PepsiCo and IBM ranked among the Pentagon’s top 100 contractors, taking in $286,696,943 and $291,825,309, respectively. This was no aberration. The previous year, they received $233,053,993 and $382,408,117 each, according to Department of Defense documents. In fact, both companies have been defense contractors every year since at least 2000. And there isn’t anything special or odd about PepsiCo or IBM, when it comes to the Pentagon.

Almost a decade after Eisenhower’s farewell address, there were still only 22,000 prime contractors doing business with the Department of Defense. Today, that number tops 47,000. While the well-known giant arms makers — Lockheed Martin, Boeing, Northrop Grumman and General Dynamics — remain the largest contractors, they are dwarfed by the sheer number of fellow contractors from all imaginable economic sectors.

These stretch from coast to coast and around the globe, from entertainment giants such as Columbia TriStar and Twentieth Century Fox to auto-making titans Ford and General Motors to Big Pharma power players such as Pfizer. Even the Krispy Kreme Doughnuts chain took in almost $500,000 from the Pentagon in 2006, while Coca-Cola cleaned up with more than $100 million in taxpayer dollars. 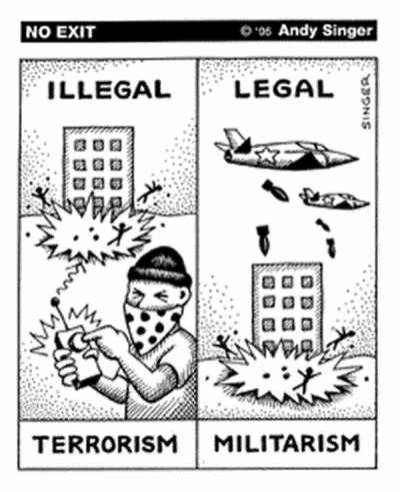 These are, in fact, today’s “typical defense contractors.” They are the companies that regularly take in tax-funded payouts from the Pentagon for services and goods (chiefly for the more than 1.3 million active members of the armed services). Few realize the actual look and shape of the new “militarized” U.S. economy. It’s not just the classic “permanent armaments industry” — it’s civilian and it’s widespread.

In reality, whether we like it or not, whether we care or not, we’re all participating in it. When we buy Crest toothpaste (Procter & Gamble) or Oscar Mayer hot dogs (Kraft) or a PlayStation 3 (Sony), the fact is we are supporting an increasingly civilian-oriented military economy and an increasingly militarized civilian economy. As such, ever more U.S. companies are going to war, and, even if ever fewer Americans are interested in volunteering for military service, it’s increasingly true that, by the flow of our dollars, ever more of us are going to war with them.

You might think, of course, that there’s nothing wrong with the military buying Pepsi.

“What’s the problem?” you ask. Soldiers have to drink something, just like the rest of us, so why not Pepsi’s self-described “bold, robust, effervescent magic cola”? The same goes for hot dogs and toothpaste.

But honestly, if you’re thinking that way (and who isn’t?), you’ll never fully grasp what’s happened to our economy and our lives, writ large. You’ll never know just how — literally — close to home Eisenhower’s fears have come in the last half a century. This isn’t about a bottle of Pepsi or Krispy Kreme Doughnuts or a Sara Lee cake. It isn’t about which hot dogs the troops eat or which computers they use — be it for launching missiles or reading e-mail. This isn’t even about boycotting one brand or company or conglomerate in hopes of slowing down the war effort. If you began that, in our militarized economy, you’d eventually be left naked, starving and possessionless.

On their own, each of these brands, companies or conglomerates appear minor indeed. But together, the effect is stunning: Nearly every product in your pantry, every appliance in your home, every bit of high-tech home entertainment equipment, even your morning newspaper (the Tribune Co., which owns the Los Angeles Times, was a minor Pentagon contractor in 2006 too) is now directly or indirectly tied to the Pentagon through the company that produces it.

The real point is that the military-corporate complex is inescapable, and it’s hidden in plain sight, if only we’d care to look.

It’s high time we at least recognize that PepsiCo, IBM, Microsoft, and Johnson & Johnson and just about every other corporate giant (and thousands upon thousands of flyweights of the business world) are benefiting not only from our purchases of cola, computers, software and bandages but from our tax dollars, via the Pentagon. We all know what the Pentagon’s doing abroad, and what that’s meant for Iraqis.

Napoleon supposedly said, “An army marches on its stomach.” Over the years of occupation to come, and for the next invasion too, remember that, whatever land it occupies, the Pentagon marches on a stomach filled with Cap’n Crunch, Rice-A-Roni and Diet Pepsi Vanilla — and, ever increasingly, you’re marching with it too.

Nick Turse, the associate editor of Tomdispatch.com, is the author of “The Complex: How the Military Invades Our Everyday Lives,” just published by Metropolitan Books.

This entry was posted on 11 May, 2008 by peoplesgeography.com in Consumerism, Corp-watch, Empire, War and Terror, Hegemon-watch, Militarism general, US Foreign Policy, USA and tagged Corporate welfare, Nick Turse.