US Airbase Rationale Supported By WMR

The Wayne Madsen Report reported on the Kleiaat airbase some months ago: 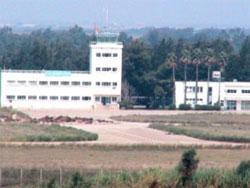 April 16, 2007 — WMR was the first to report on the establishment of a major US airbase in northern Lebanon to facilitate logistics for America’s planned long-term stay in the Middle East, including the occupation of Iraq.

On July 21, 2006, we reported, “With the carrying out of the Clean Break by Israel and the United States, profits for companies like Halliburton are bound to skyrocket. The Israeli attack on Lebanon is already estimated to have resulted in $2 billion in damage to Lebanon’s infrastructure. WMR previously reported that Jacobs/ Sverdrup has been promised a lucrative Pentagon contract to build a large U.S. airbase in northern Lebanon.

“Washington and Jerusalem media experts spun Hariri’s assassination as being the work of Syrian intelligence on orders from President Bashar Assad. However, a number of Middle East political observers in Washington claim that Hariri’s assassination was not in the interests of Assad, but that the Bush and Sharon administrations had everything to gain from it, including the popular Lebanese uprising against the Syrian occupation. Lebanese intelligence sources report that even without a formal agreement with Lebanon, the contract for the northern Lebanese air base has been let by the Pentagon to Jacobs Engineering Group of Pasadena, California.Other construction support will be provided by Bechtel Corporation.

The Lebanese air base is reportedly to be used as a transit and logistics hub for U.S. forces in Iraq and as a rest and relaxation location for U.S. troops in the region.

In addition, the Lebanese base will be used to protect U.S. oil pipelines in the region (Baku-Tbilisi-Ceyhan and Mosul/Kirkuk-Ceyhan) as well as to destabilize the Assad government in Syria.

The size of the planned air base reportedly is on the scale of the massive American Al Udeid air base in Qatar.

A number of intelligence sources have reported that assassinations of foreign leaders like Hariri and Hobeika are ultimately authorized by two key White House officials, Deputy Chief of Staff Karl Rove and Deputy National Security Adviser Elliot Abrams. In addition, Abrams is the key liaison between the White House and Sharon’s office for such covert operations, including political assassinations.”

Our Lebanese sources as well as the Lebanese daily newspaper Aldiyar now report that a NATO base is to be built soon on the grounds of the largely abandoned airbase at Kleiaat in northern Lebanon. The base will serve as the headquarters of a NATO rapid deployment force, helicopter squadrons, and Special Forces units although the cover story prepared by the Lebanese and US governments is that the base will provide training for the Lebanese army and security forces.

The base was pushed by elements in the office of the US Secretary of Defense and the Joint Chiefs of Staff. The Bush administration had recently warned Lebanon about the presence of “Al Qaeda” teams in northern Lebanon.

Before his assassination, former Lebanese Prime Minister Rafik Hariri was known to have been strongly opposed to any U.S. military bases in Lebanon, including the proposed airbase in Kleiaat.

America’s new Kleiaat airbase in northern Lebanon prepares to host rapid deployment force. Assassinated former Prime Minister Hariri was adamantly opposed to the American base.
And subsequently added on May 21:

Just as if acting on cue from the Bush White House, a new “terrorist group” called Fatah al-Islam commenced operations in the vicinity of the Kleiaat airbase (also spelled Qlei-at) during the evening of May 20. Fath al-Islam laid road traps to prevent Lebanese army units from Tripoli from reaching the Nahr al-Bared refugee camp on the outskirts of Tripoli, the scene of fighting between the Lebanese army and Fatah al-Islam that resulted in the killing and wounding of tens of Lebanese troops.

[Picture] With “Al Qaeda” activity in northern Lebanon, US poised to take control of Kleiaat airbase.

Fatah al-Islam was reportedly started with funding and other support from the CIA and Lebanese Phalangist forces to act as a counterweight to Hezbollah. In reality, Fatah al-Islam is designed to give the Bush administration, NATO, and the Fouad Siniora government a pretext for granting the U.S. military and NATO access to northern Lebanon and the Kleiaat airbase. Fath al-Islam’s activities are already being blamed on “Al Qaeda” units operating in the north of the country.