For more from Cagle (thanks Dean) 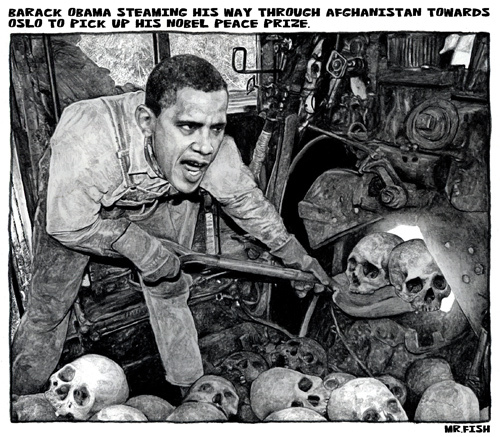 7 comments on “Obama's Nobel in cartoons”

This entry was posted on 10 October, 2009 by Ann in cartoon, US Foreign Policy and tagged Adam Zyglis, Dwayne Booth, Mr Fish, Terry Mosher.