Spearheaded by Norman Finkelstein and other organizers, a bold new plan has been hatched to break the illegal siege and to enforce the law: a convergence of international visitors upon Gaza is planned for the New Year in a show of strength and numbers. Currently in progress, the plan is to have about 5000 internationals with Jimmy Carter, Bishop Tutu and Nelson Mandela invited to lead. There is now a growing Facebook page.

Not everyone is impressed with Finkelstein’s plans however, nor what are described as patronising attitudes towards Palestinians for whom he prescribes the untenable two-state solution according to Moments of Gaza blogger (thanks Marcy):

So, Norman Finkelstein visited the Gaza Strip around a month ago with the Code Pink delegation that came in via the Rafeh Crossing.

Norman Finkelstein in “my” opinion is an excellent researcher, his books on the Palestinian-Israeli conflict are widely read…

But, when Norman Finkelstein visited Gaza, “I” [and many other Palestinian intellectuals and political analysts] were… disappointed.

Norman Finkelstein spoke to Hamas officials in Gaza, and told them “what they have to do,” to… “turn down the rhetoric,” and accept the two-prison- oops- I mean the “two-state” solution.

Norman Finkelstein decided to call for a breaking of the siege by US citizens coming into Gaza marching to the Beit Hanoun Crossing [known as Erez Crossing on the Israeli side]. So, Norman Finkelstein comes to Gaza for… four days and he: takes on the leadership of the Palestinian civil resistance. 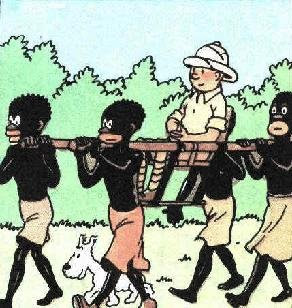 Now… don’t get me wrong. “We” welcome any initiative to break this medieval, hermetic siege on Gaza. I mean, if Norman Finkelstein is capable of organizing a march that can manage the oppressive, totalitarian, dictatorial Egyptian regime, open the Rafeh Crossing, break the Apartheid wall, then go to “Erez” to break the siege- we support him!
However, the siege is part of a political umbrella.
The BDS movement shows nowhere on the radar of Norman Finkelstein.

Norman Finkelstein did not show any support for the inalienable right of return for the six million refugees, the core of the… “conflict.”

Norman Finkelstein did not admit to the fact that the two-prison solution is a… racist solution, a 19th century idea which does NOT support the INALIENABLE right of return.

Norman Finkelstein: Israel is an occupation; it is the longest occupation the 20th century has witnessed, of the WB and GS, it is a colonization, and is an Apartheid; against the 1948 indigenous population, not to mention its Bantustanization of the GS and WB.

In the last genocidal war against the Palestinians, more than 93% of the Israeli citizens supported war crimes in Gaza. “Israel now looks very much like Germany in the 1930s” says Gideon Levy from Ha’aretz.
“I” mean: who supported a two state solution in Apartheid South Africa? A state for the Black and a state for the… White?

Norman Finkelstein must choose a side: with oppression or against oppression.

Uri Avnery, Peace Now, patronizingly will reply back saying he accepts the return of only… 20,000 refugees. He is anti-BDS and anti-ROR [right of return]. He is… a “leftist” Zionist… from when does the “left” accept a … religious state? [or state to begin with]. He is like the “master” who decides. “I” mean… am “I” stupid? How can a democratic state exist when it has a… religious identity?! I must be really stupid here Uri, I mean… for me not to understand your “democracy.”

Israel must transfer to a secular, democratic state a la South Africa.
Meaning: a state for ALL of its citizens disregarding gender, race or religion.
I mean… I am really disappointed with Norman Finkelstein’s visit to Gaza.

As soon as PACBI was founded in 2004, the Knesset formed a committee which included Ehud Barak, Tzipi Livni and Bejamin Netanyahu, with Uri Avnery behind the curtains, to counteract it.
The worst thing to hear right now is…”let the Palestinians decide what their fate will be.” Really? Was that the case with South Afica? The BDS and One Democratic state are UNIVERSALISTIC in their slogans: social justice, secularism, democracy…
In South Africa, no one said okay for Bantustans!

When Norman Finkelstein came forward after an ISM Gaza talk in the Commodore Hotel in the port area in Gaza, he said “gather up students from the US group, and let them get on the borders with cameras- let’s see if their [Israeli soldiers] are going to shoot when America is watching!”

Norman… you completely neglect the Palestinian civil resistance that existed since… 1936. Yes, I assure you. We, Arabs did have that going on. But, will the White man ever challenge his standards of “us”?
If Norman Finkelstein flirts with Zionism… then?

Here is Norman Finkelstein discussing the initiative (r/t 9.49), followed by Daily Star coverage of the plans. His views on the Israel Lobby have not however improved (thanks Dave).

(Meanwhile, following the success of Viva Palestine UK, Viva Palestina US is also setting out to Gaza by the land route. And by sea, the Free Gaza campaign is still going, and hopefully listening rather than lecturing to the already strong civil movement there.)

BEIRUT: A coalition of activists belonging to various Palestinian solidarity organizations are planning an international march in Gaza aimed at ending the blockade of the territory. The event will aim to bring thousands of demonstrators from around the world to march alongside Gazans as they breach the blockade imposed upon the population since the election of Hamas in 2006.

“This march draws inspiration from Mahatma Gandhi,” said a draft statement of purposes and principles written by the “Coalition to End the Illegal Siege of Gaza,” obtained by The Daily Star. “Those of us residing in the United States also draw inspiration from the civil rights movement,” it added.

The statement also outlines plans for the march, which will take place on January 1, 2010. “We will march the Long Mile across Erez checkpoint alongside the people of Gaza in a nonviolent demonstration that breaches the illegal blockade,” it said, adding that “We conceive this march as the first step in a protracted nonviolent campaign … If we bring thousands to Gaza and millions more around the world watch the march on the internet, we can end the siege without a drop of blood being shed.”

Professor Norman Finkelstein, a political analyst and author of several books on the Israel-Palestine conflict, is one of the organizers of the march. “We want to send over several thousand people from around the world to march alongside several hundred thousand Gazans,” he told The Daily Star.

Finkelstein hopes that large numbers of international activists and world leaders will attend the march, and as a result, prohibit a violent response from Israeli authorities. “If the likes of Jimmy Carter, Noam Chomsky, Bishop Tutu and Nelson Mandela are at the head of the march; if behind them are students holding high signs of the schools from which they hail – Harvard, Yale, Princeton, Oxford, Cambridge; if behind them are the ill and the lame, the young and the innocent of Gaza; if behind them are hundreds of thousands of others, unarmed and unafraid, wanting only to enforce the law; if around the world hundreds of thousands are watching the internet to see what happens – Israel can’t shoot,” he said.

“The first formal organizational meeting of the coalition is set for July 13,” said Finkelstein. “We hope then to create an umbrella steering committee. Right now the working group consists of individuals who belong to organizations that have been active on the Israel-Palestine conflict such as CodePink.”

Members of the coalition are now contacting Palestinian solidarity groups around the world in preparation for the march.

This entry was posted on 7 July, 2009 by Ann in Activism, Gaza, Palestine, People power and tagged Coalition to End the Illegal Siege of Gaza, Norman Finkelstein.