Yes, I know ’tis but a few twinkles and glimmers of hope, but in honour of St Patrick and for reasons of notching up some successes, here are some selected press picks that will hopefully add some lush green hues into this St Pat’s weekend:

NB. I’m going to try to take a few days blogging break, so may skip a day or two (or more) posting. Look forward to catching up on reading blog posts of my esteemed blogger buddies and concentrating upon work. See you soon.

** From the A.N.S.W.E.R. Coalition (below). You can see videos of the March at DC Indymedia 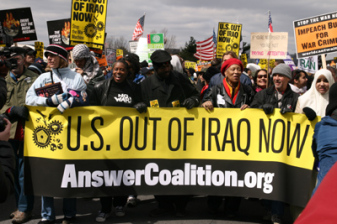 15 comments on “Some good news for St Patrick’s Day”