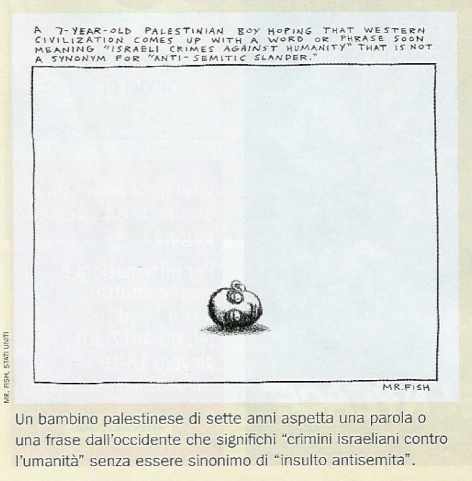 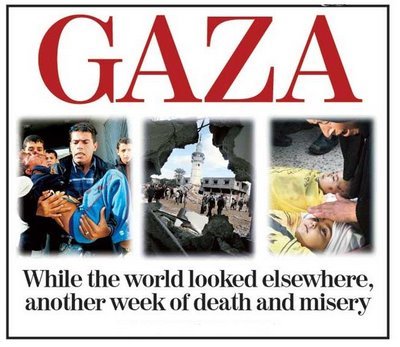 The Independent (part cover seen here) heads with Donald Macintyre’s:
Gaza: While the world looked elsewhere, another week of death and misery today, wherein he writes:

The more grief stricken the family members, the less inclined they are to mouth political slogans or, for the most part, to engage in open debate over whether the tactic of Qassams has brought more suffering to Palestinians than to Israelis. But they react with near-universal disbelief at Israel’s depiction of the artillery barrage as a “technical malfunction”, or at the idea that its targeting could not have been observed in real time by one of the units among the military presence in the vicinity. “One or two shells might be a mistake but not 15 or 20,” said Ibrahim Al Athamneh. The number of shells was probably closer to 12.

… It is not lost around Hamad Street that this is more than twice the number of Israeli civilians killed in six years by the Qassam rockets Israel has been trying to halt.

Reflecting for a moment on the meaning of the attack, Majdi allowed himself one political statement – a reference to the newest Israeli Cabinet member, the hard-right nationalist Avigdor Liberman. “It’s a present for the deputy Prime Minister,” he said. “The man who said he wanted to turn Gaza into Chechnya.”

A Ha’aretz editorial of the 9th Nov. notes (editorial emphasis mine):

It has now become conclusively clear that the campaign against the Qassam rocket launchers in Gaza can no longer be entrusted solely to the IDF. The chief of staff, the chief of command, the divisional commander, and the other officers who bear moral and operational responsibility for yesterday’s disaster had failed even before this, during Operation Autumn Clouds, which ostensibly ended on Tuesday. That operation sowed only death and destruction, without bringing an end to the Qassam fire. On the contrary, it only increased it.

Yesterday’s shelling therefore seems, above all, like an act of revenge by the IDF for the continued Qassam fire.

And lest we forget why these courageous women tried to protect their menfolk and prevent a bloodbath, we recall that on Thursday afternoon of the 2nd of November, the IOF rounded up the males of Beit Hanoun aged between 16 and 45, reportedly (subject to verification) to be transferred in a convoy of large trucks to unknown destinations, calling them through loudspeakers (sounds chillingly familiar, doesn’t it?)

One comment on “Pondering Beit Hanoun on Armistice Day”