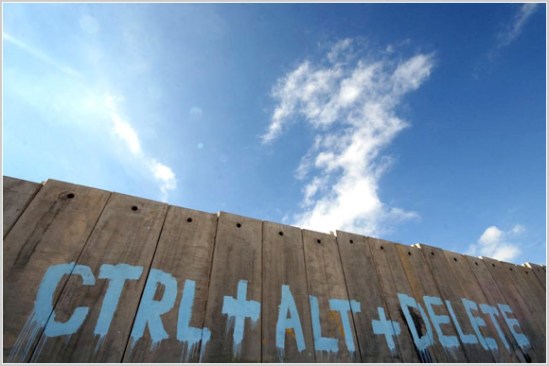 Eighteen months ago, Meir Margalit declared the zionist project all but over after the Israeli Hight Court handed down a response that the state was not responsible for providing absolute security to its residents — one of the claimed raison d’etres of the zionist entity.

In a related vein, Col. Pat Lang (Sic Temper Tyrannis) features an interesting comment from Harper, a reader, about an apparent exodus out of israel (below). The problem is that it tends to be the more secular Jews who are leaving, which leaves behind more of the extremist fanatic settlers. These mad settlers have just launched a hysterical hate campaign against Obama in the wake of his visit to Egypt (for a good analysis of Obama’s address, see Ali Abunimah, Bush in sheep’s clothing?). The rest of Harper’s appraisal may read as rather optimistic with regard to israel’s increased isolation and expected “decoupling” from the US administration’s “passionate engagement” in the near-term at least, but it nevertheless reflects a shift in attitudes, and not before time:

In the past few years, a reported one million Israeli Jews have packed their bags and left Israel, going off to, in some cases, their nations of origin, like Canada, the United States, Europe, South Africa, Australia, etc. These are, by and large, the secular, modern Jews, who have given up on Israel as the promised land, and have moved their money out of Israeli banks, sent their children to colleges outside of Israel, etc. It won’t show up on the official statistics, because these are mostly dual citizens, who will not necessarily bother to renounce their Israeli citizenship, but several recent visiting scholars from Israel have confirmed that this is true. And the exodus has not ended.

So Israel is being left to religious fanatics, Russian emigres, settlers who are bigger fanatics, and a shrinking percentage of secular pilgrim Jews of the early Zionist period and the post-World War II exodus from Europe. It is a different country, and the last election reflected that tilt. The singular event, highlighting the transformation of Israel was the Rabin assassination, an unprecedented and tragic event, that may be looked back on as the signal event of the failure of the Zionist experiment.

As long as the Bibi government remains in power, reflecting the true will of the Israeli people, Israel will further and further isolate itself from the United States and Europe. The nationalism that Col. Lang correctly identified, will be radicalized, but the further isolation, which began in earnest, with the Gaza action of last December, will accelerate. It is much bigger than President Obama or George Mitchell demanding a freeze on settlements, repudiating the Bush letter, etc. It is a global phase shift away from support for Israel, with no qualification or condition attached.

What is going on now with the Obama Administration is a decoupling from the “passionate engagement” (to use George Ball’s adoption of George Washington’s term) with Israel. It may not result in a two-state solution, since both the Palestinian house and the Israeli house are both deeply divided and intransigent. It will, I suspect, free the United States to pursue a sovereign foreign policy over time, which is a good in itself.

If there is not some dramatic shift in the thinking of the political leadership of Israel, then we are headed for a protracted crisis, that will, I suspect, ultimately lead to either a very ugly war, a Thirty Years War type religious and tribal fiasco; or an eventual one-state solution, in which the Palestinian struggle for equality and justice is then more akin to the anti-apartheid or American civil rights struggle.

In the meantime, the U.S. should get about the business of repairing state-to-state relations with Syria (already advancing pretty much on a fast-track), and hopefully with Iran. The policy on Iran is to avoid the experiences of the Europeans and the Russians, and deal with the top of the heap–Supreme Leader Khamenei and the National Security Council. It’s the only way to hold their feet to the fire, and Gates and company have clearly spelled out a six-month plan for forcing that to happen. We are also quietly cracking down on Saudi funding of Salafi and Wahhabi radicals in the region and in the Indian subcontinent, and that is good, for a change.

This entry was posted on 4 June, 2009 by Ann in Immigration, Israel, Palestine, Zionism.