Shlomo Sand speaks on The Invention Of The Jewish People 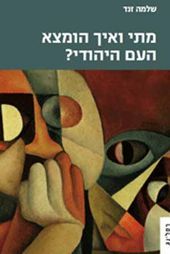 Like Arthur Koestler’s work before him, the book confronts the myth that Jews are a discernibly national group that can claim a biological-genealogical connection to the biblical Jews of 2000 years ago. This is significant because it challenges the claims in both Judaism and zionism that are predicated upon the notion of exile and return.

From KPFA‘s Voices of the Middle East and North Africa, the very genial Khalil Bendib presents this conversation with Austrian-born, self-described ‘post-zionist’ Sand. The interviews runs for around 25 minutes and is one of few available in English.

This entry was posted on 16 April, 2009 by peoplesgeography.com in Audio, Books, History, Israel, Jewry and tagged Khalil Bendib, Shlomo Sand.