Militant Zionism and the Invasion of Iraq: Ron Andreas

An important reminder of the goals of destabilisation of the Middle East and the instrumentalisation of war for militant zionism, with thanks to Ron Andreas (submitted by the author). 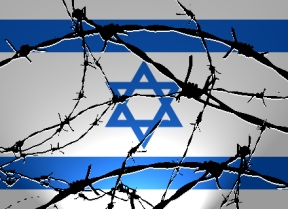 Unlike the Western oil majors, the militant Zionist proponents of greater Israel view stability and peace in the Middle East as inimical to their goals. Chaos and strife create the “revolutionary atmosphere” (as Ben Gurion one of the key founders of the state of Israel put it) in which more land and water resources can be taken under their control. This fact explains the motive behind the ceaseless provocations and destabilization that the Israeli military and secret services perpetrate.

The “iron wall” policy established by Ze’ev Jabotinsky prior to the founding of the Jewish state requires the expulsion of Christian and Muslim Arabs from Palestine. Such a goal requires war or other violent means. David Ben Gurion stated: “What is inconceivable in normal times is possible in revolutionary times; and if at this time the opportunity is missed and what is possible in such great hours is not carried out…a whole world is lost.” This reality, of the necessity for violent upheaval to achieve Zionist aims, exposes which party are the true aggressors in the Middle East.

Ralph Schoenman writes that the goal of capturing the “promised land” requires “Israel to bring about the dissolution and fragmentation of the Arab states into a mosaic of ethnic groupings.” This strategy has been put forward by Oded Yinon (an Israeli journalist with links to the Israeli Foreign Ministry) in 1982 in the World Zionist Organization’s publication Kivunim. Here’s what Oded Yinon had to say on Iraq:

“The dissolution of Syria and Iraq into ethnically or religiously unique areas, such as in Lebanon, is Israel’s primary target on the Eastern front. Iraq, rich in oil on the one hand and internally torn on the other is guaranteed as a candidate for Israel’s targets. Its dissolution is even more important for us than that of Syria. Iraq is stronger than Syria. In the short run, it is Iraqi power which constitutes the greatest threat to Israel.”

“An Iraqi-Iranian war will tear Iraq apart and cause its downfall at home even before it is able to organize a struggle on a wide front against us. Every kind of inter-Arab confrontation will assist us in the short run and will shorten the way to the more important aim of breaking up Iraq into denominations as in Syria and Lebanon.”

“In Iraq, a division into provinces along ethnic/religious lines as in Syria during Ottoman times is possible. So, three (or more) states will exist around the three major cities: Basra, Baghdad and Mosul and Shiite areas in the South will separate from the Sunni and Kurdish north.”

In their struggle to expand the Jewish state in the “land of Israel,” Zionists have attempted to portray their interests as coinciding with those of the Western imperial powers. Conversely they have tried to portray their opponents as enemies of those powers. Yet the only business sector of the Western powers that has interests that align with Israel’s convulsive militarism is the military industrial complex. An elaborate structure has been established to forge a de facto alliance between Israel’s war hawks and the US military industrial complex. This alliance is evidenced in entities such as the Center for Security Policy, Washington Institute for Near East Policy, and Jewish Institute for National Security Affairs.

These think tanks and their neoconservative media mouthpieces published a number of policy papers that plainly call for regime change, border change, and demographic upheaval. In 1996 an influential Israeli think tank, the Institute for Advanced Strategic and Political Studies, sponsored a document titled “A Clean Break: A New Strategy for Securing the Realm,” which proposed that the Netanyahu regime “should ‘make a clean break’ with the Oslo peace process and reassert Israel’s claim to the West Bank and Gaza. It presented a plan whereby Israel would ‘shape its strategic environment,’ beginning with the removal of Saddam Hussein… to serve as a first step toward eliminating the anti-Israeli governments of Syria, Lebanon, Saudi Arabia, and Iran.”

The “study group” behind the policy included Douglass Feith, David Wurmser, and Richard Perle among others. The document was intended for the incoming Israeli government yet many of its planners went on to become influential with the Bush regime.

In an “Open Letter to the President,” dated February 19, 1998, a number of neocon lobbyists recommended “a comprehensive political and military strategy for bringing down Saddam Hussein and his regime.” Among the letter’s signers were Elliot Abrahms, Richard Armitage, John Bolton, Douglass Feith, Paul Wolfowitz, David Wurmser, Richard Perle, William Kristol, Frank Gaffney, Joshua Muravchik, Martin Peretz, and Steven Solarz. The similarities between the two document’s recommendations draw a stark picture of loyalty to the interests of Israel first and foremost, with the interests of the military industrial complex being served in a secondary way. Many of the same sponsors went on to issue a report titled: “Rebuilding Americas Defenses” which called for an expanded US military presence in the Middle East using Iraq as a stepping stone for regional force application: “While the unresolved conflict in Iraq provides the immediate justification, the need for a substantial force presence in the Gulf transcends the issue of the regime of Saddam Hussein.”

Nine days after 9/11, Paul Wolfowitz, Lewis Libby, Donald Rumsfeld, and Dick Cheney of the Project for a New American Century sent a letter to President Bush demanding measures against Iraq, Syria, and Iran:

“…even if evidence does not link Iraq directly to the recent attack, any strategy aiming at the eradication of terrorism and its sponsors must include a determined effort to remove Saddam Hussein from power in Iraq… We believe the administration should demand that Iran and Syria immediately cease all military, financial, and political support for Hezbolah and its operations. Should Iran and Syria refuse to comply, the administration should consider appropriate measures of retaliation…”

On October 29, 2002 William Kristol and Robert Kagan revealed the unfolding agenda to the readers of the Weekly Standard in an article ominously titled The Gathering Storm:

“When all is said and done, the conflict in Afghanistan will be to the war on terrorism what the North Africa campaign was to WWII: an essential beginning on the path to victory. But compared with what looms over the horizon… a wide-ranging war in locales from Central Asia to the Middle East and, unfortunately, back to the U.S [emphasis added]…. Afghanistan will prove to be an opening battle… But this will not end in Afghanistan. It is going to spread and engulf a number of countries in conflicts of varying intensity. It could well require the use of American military power in multiple places simultaneously.”

The radical cabal of Zionists tried to enlist popular support for the wars by alluding to Iraq’s energy resources as Paul Wolfowitz did when he stated “Iraq sits on a sea of oil”. However, after five years of occupation likely costing trillions of dollars, there is little hope of securing any preferential access to, much less, reliable control over any energy resources. Prior to the invasion, Exxon/Mobil was the world’s biggest publicly traded entity, a distinction that now falls on their Chinese competitor, SINOPEC.

While the relative market share of U.S. oil majors has declined, the destruction of Iraqi society, the devastation of its scientific and intellectual institutions, and the dismantling of its industrial infrastructure, all Zionist goals, have been achieved. Similarly, the American economy has been brought to a standstill due to high oil prices resulting from the wars and the current account deficit that is largely a result of borrowing for war spending. Over the course of the occupation, the U.S. dollar has declined in value by nearly 40%.

Nobel prize winning economist, Joseph Stiglitz has stated that the sanctions imposed on Iran coupled with the war atmosphere in the Gulf region, in general, has caused investment in and development of new oil production to come to a halt, exacerbating the high prices that result from the constant threats issuing out of Tel Aviv and the neocon institutes in Washington. It remains to be seen whether the non-Zionist elites in the Western world can begin to challenge the endless wars for Israel by at the very least opposing the sanctions against dealings with Iran.

2 comments on “Militant Zionism and the Invasion of Iraq: Ron Andreas”