Suit and tied … oh, we are more free and progressive aren’t we? ;)

ALSO SEE another whimsical Leunig cartoon (1984) to which I’ve just added a comment – this 1984 cartoon receives regular hits here and I’m curious about its appeal … comments invited and most welcome. 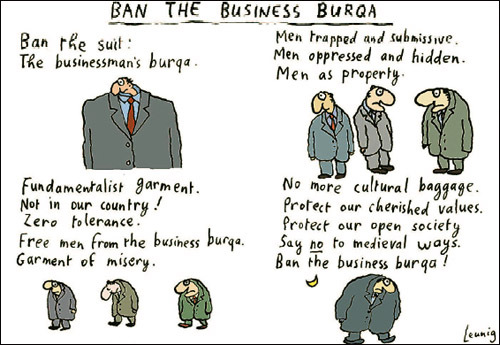 This entry was posted on 9 October, 2006 by Ann in Business, Cartoonists, Gender and tagged Ban the Business Burqa, Michael Leunig.